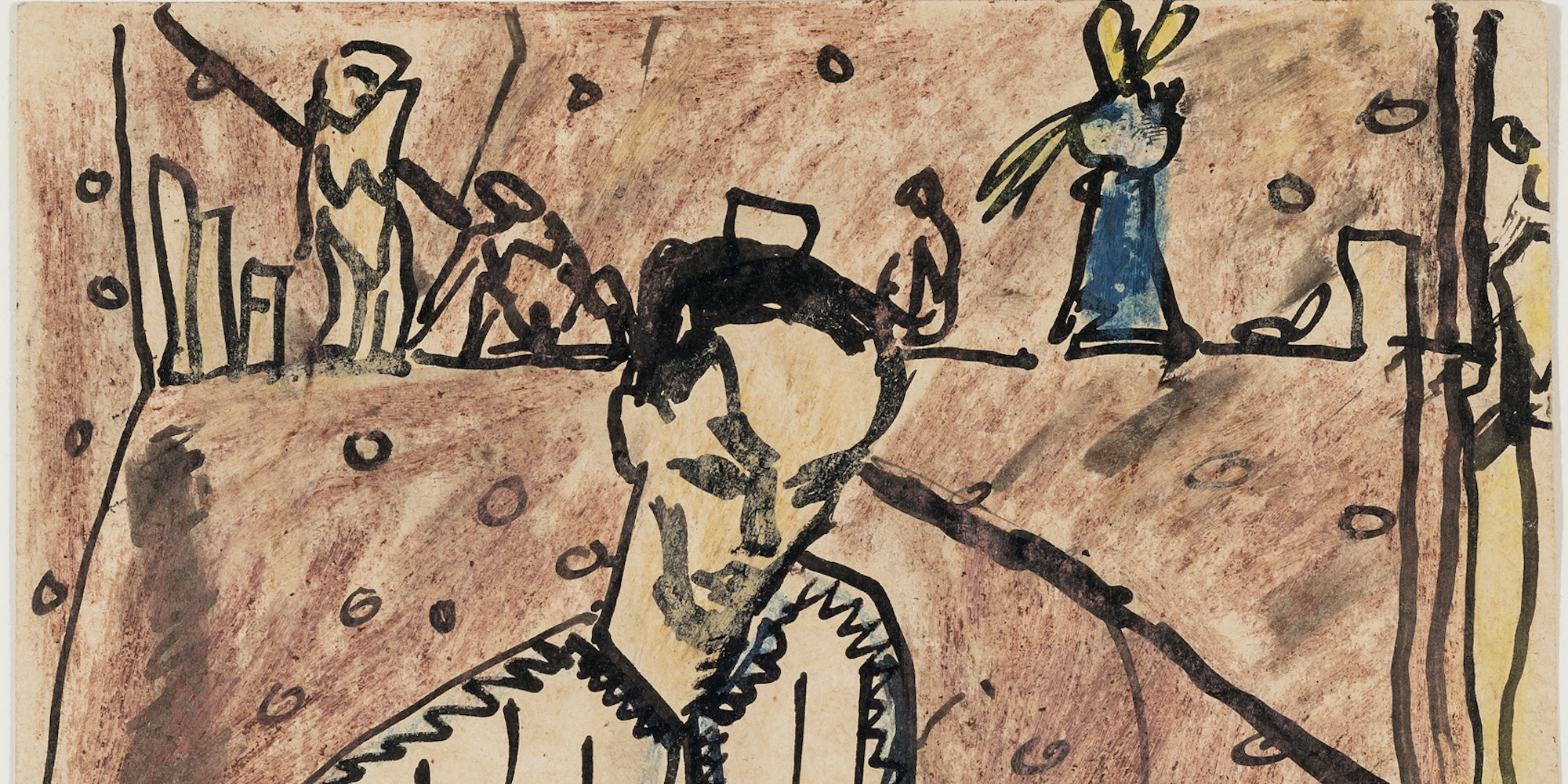 I am my style. Artist portraits in the Brücke and Blauer Reiter circle

It was all about a ‘new form of art’. The Blauer Reiter (Blue Rider) and Brücke (Bridge) artists wanted to break with tradition and create pictures to change the world. Their paintings are full of colour and movement, bathing everything in an unfamiliar light and affecting the viewer emotionally.

Who were these revolutionary figures in the world of art? What do they look like and how did they see themselves? These questions are explored in the exhibition I am my style. Artist portraits in the Brücke and Blauer Reiter circle in which self-portraits by the artists as well as portraits they painted of one another are presented. Together with letters and diary entries, manifestos and polemic writings their portraits demonstrate the artists’ new self-image. The mises-en-scène of their own selves pick up on established compositional patterns; however, the manner in which these portraits are painted – without presupposition – is revolutionary.

This can readily be seen in Max Beckmann’s large-format double portrait with his young wife, Minna – an important loan from the Kunstmuseum Moritzburg in Halle. The full-length portrait with its characteristically traditional pictorial patterns exudes a latent sense of uncertainty: the avantgarde artists had to re-invent themselves – something that is especially visible in the works of Ernst Ludwig Kirchner. His studio picture from the Gunzenhauser Collection in Halle shows Kirchner’s lover together with his friend Erich Heckel in an exotically furnished, vibrantly coloured room. It formed part of the home-cum-studio in which the artist lived and worked with friends, models and mistresses. The special atmosphere of these rooms is reflected in the artists’ portraits, even after the Brücke had disbanded, such as in Karl Schmidt-Rottluff’s impressive self-portrait with cigar from the Museum Wiesbaden, in which the artist paints his face in the style of an African mask. This artistic reference also had an influence on the Blauer Reiter painters.

Bavarian folk art that they admired and collected for its ‘primitiveness’ played an additional role in the portraits of the Blauer Reiter artists who chose to live and work in the countryside where they painted each other, too. In one painting from the Museum Burda in Baden Baden Gabriele Münter depicts Wassily Kandinsky on a boat trip as the intellectual captain, his glasses catching the sun. Kandinsky in turn painted Annette von Werefkin and Gabriele Münter chatting to one another on a red sofa. This painting, a loan from the Kunstmuseum Bern, conveys the special atmosphere of the house that Kandinsky and Münter lived in together from 1909 onwards and decorated with Bavarian folk art, in addition to works of their own.

World War I destroyed all hopes and utopias, as reflected in the expressions of fear and despair captured in artist portraits. Ludwig Meidner foresaw the impending catastrophe even before the war and depicts himself as a suicide victim in a dramatic portrait from the Pinakothek der Moderne in Munich.

The achievements of the Brücke and the Blauer Reiter have had a permanent influence on art ever since the war with their new style of painting that reflects a new view of the world – the analytical and emotional permeation of superficial appearances seen through the artist’s eye. Both this painterly style, marked by its intense, richly contrasting colouration and powerful contrasts, the spontaneous gesture, the novel concept of space and volume, as well as the subjectivity of the artistic viewpoint are reflected in the artists’ (self-)portraits which, in turn, are a reflection of their works as a whole. This becomes palpable in the exhibition through the juxtaposition of portraits and other contemporary works by the artists.

The exhibition in the Franz Marc Museum forms part of the ‘MuSeenLandschaft Expressionismus’ exhibition series ‘Avantgarde in Colour. Blauer Reiter, Brücke, Expressionism’ together with the Buchheim Museum in Bernried on Lake Starnberg, the Schloßmuseum Murnau, the Museum Penzberg – Campendonk Collection and the Lenbachhaus in Munich. 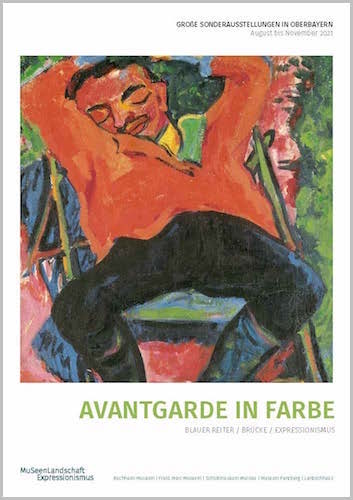 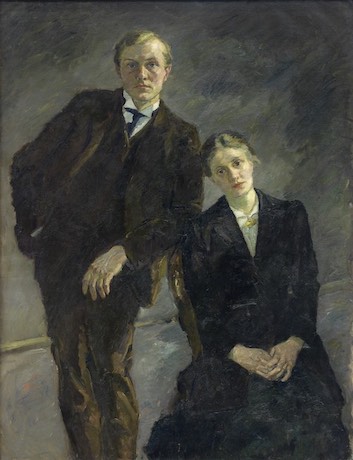 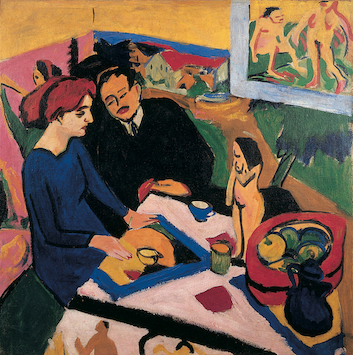 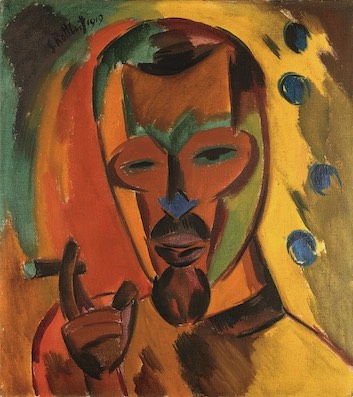 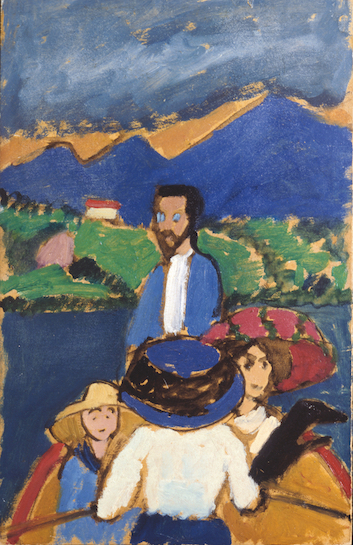 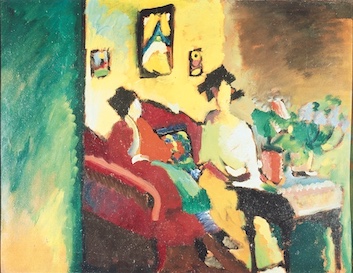 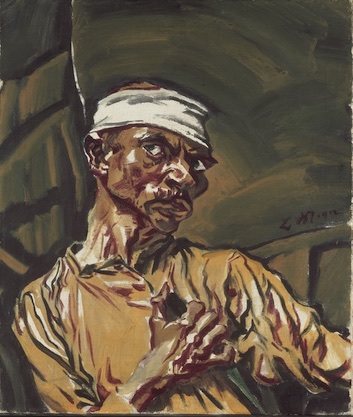