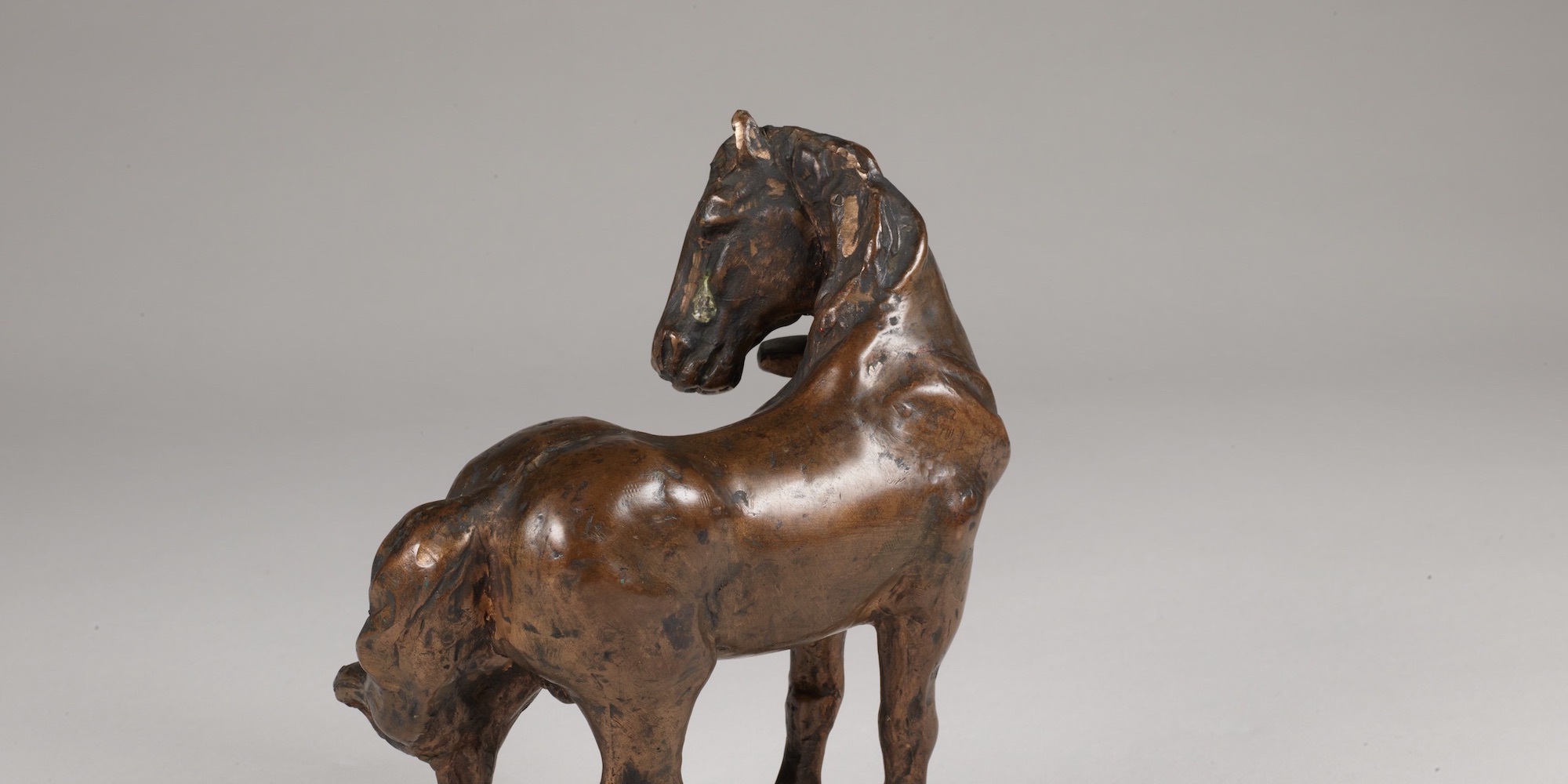 On permanent loan from the community of heirs of Maria Marc

Franz Marc made sixteen sculptures – a small, but important group of works created alongside his paintings and works on paper. Marc’s sculptures reflect the artist’s changing interests and subject matter. He modelled his large sheep sculpture and individual sheep, for instance, between 1906 and 1908 during the summer months spent at the Staffelalm. His most famous sculpture, Two Horses, was created in 1909 while writing his text ‘On Animal Motifs in Art’. After moving from Munich to Sindelsdorf, where the cats that lived in the house would keep him company in his studio, Marc worked on his Cat in stone.

Marc closely followed developments in contemporary sculpture. As a result, Auguste Rodin’s influence is unmistakable in his large nude in bronze. His new approach to animal sculpture is also clearly recognisable. Unlike the sculptures of August Gaul, for instance, which capture animals in naturalistic postures, Marc’s works are characterised by the concept of abstraction with the position and movement of the animals becoming part of an imaginary, all-embracing natural rhythm.

The exhibition is a joint project with the Kunstmuseum Moritzburg in Halle. Together, both museums hold virtually all the sculptures that Marc made. Designs in wax and his stone sculptures are also included. This is the first time Marc’s sculptural work has been shown and is used as a basis for an academic examination of this section of Marc’s oeuvre as part of a study day.