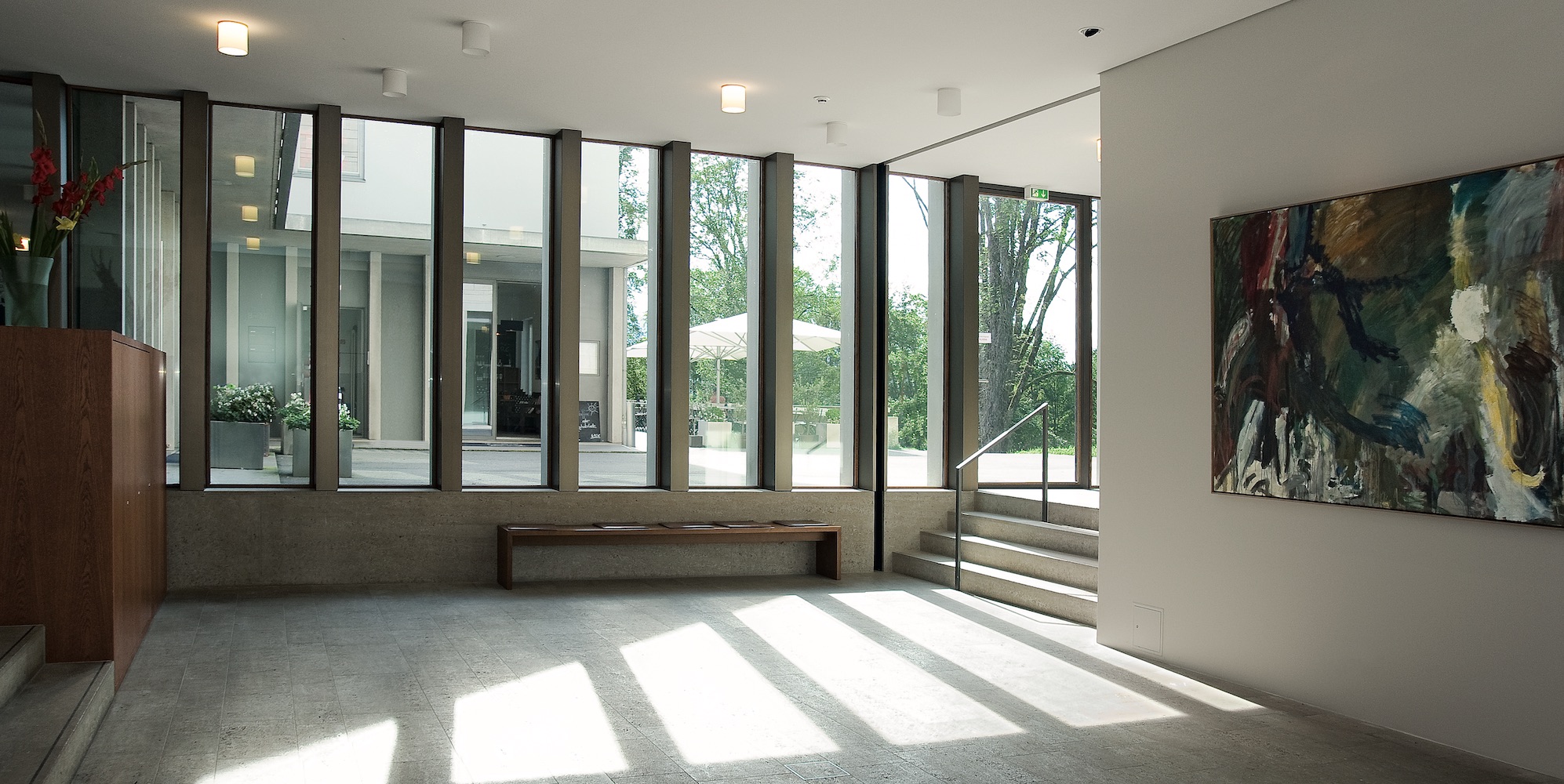 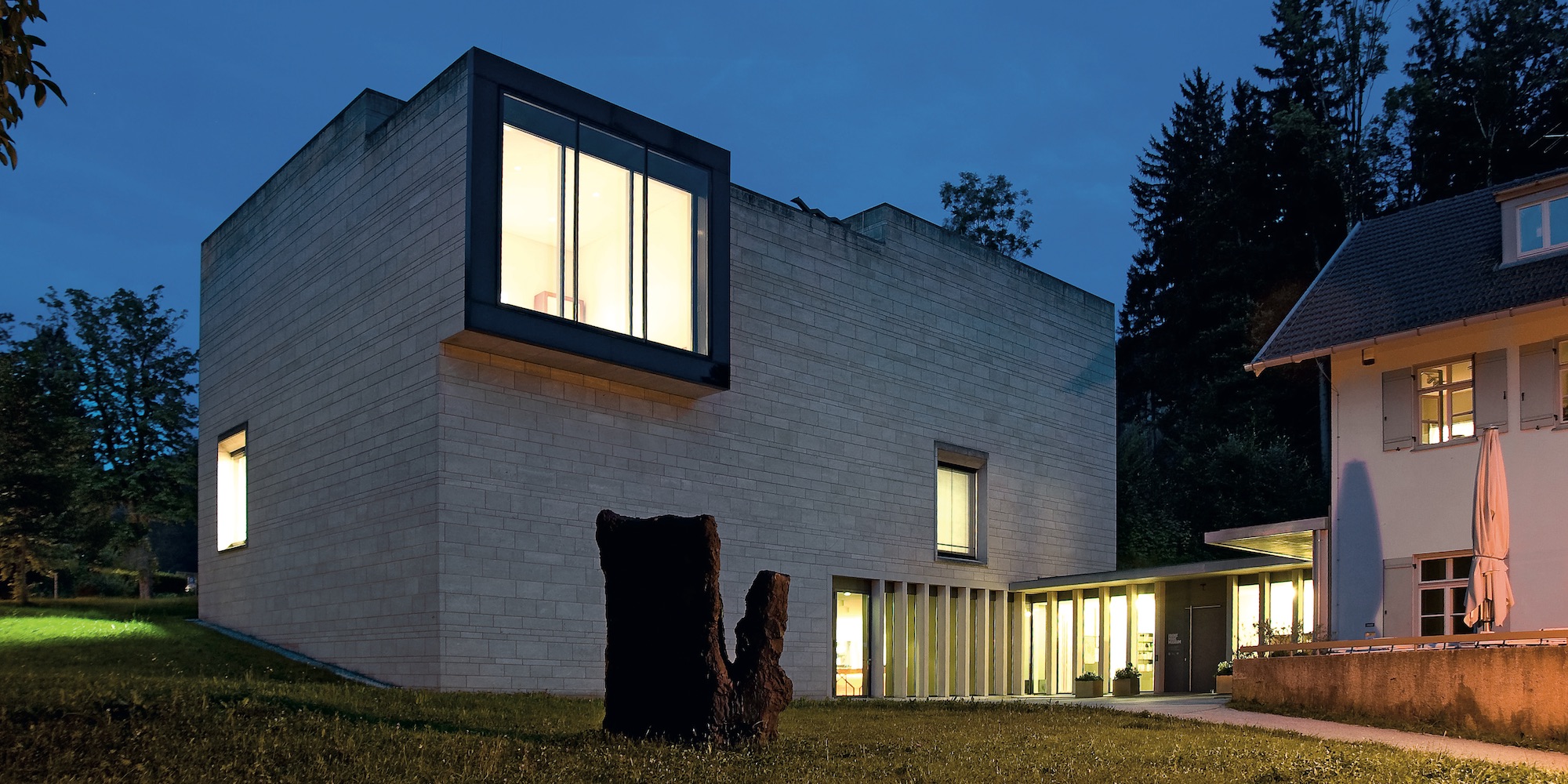 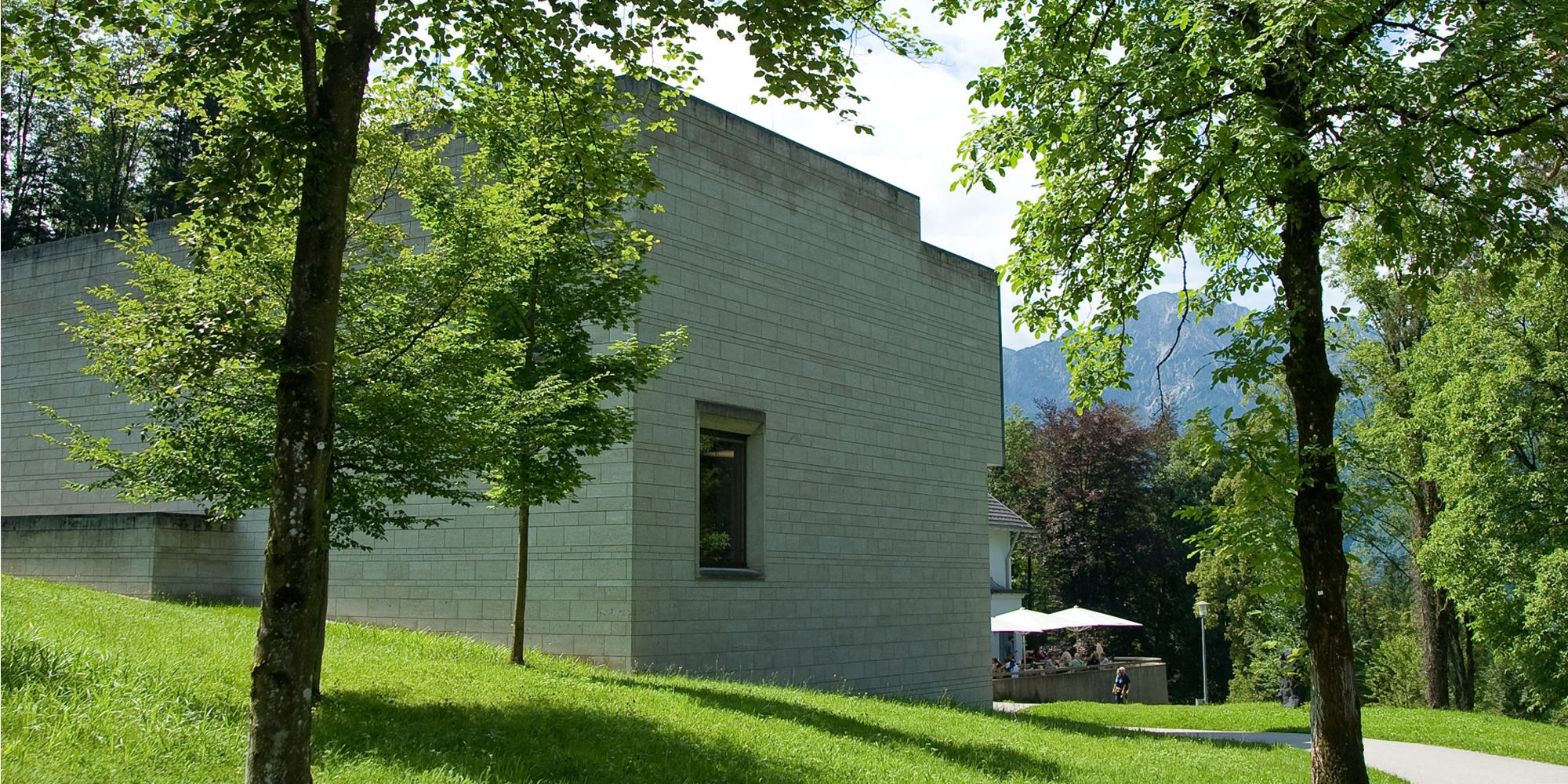 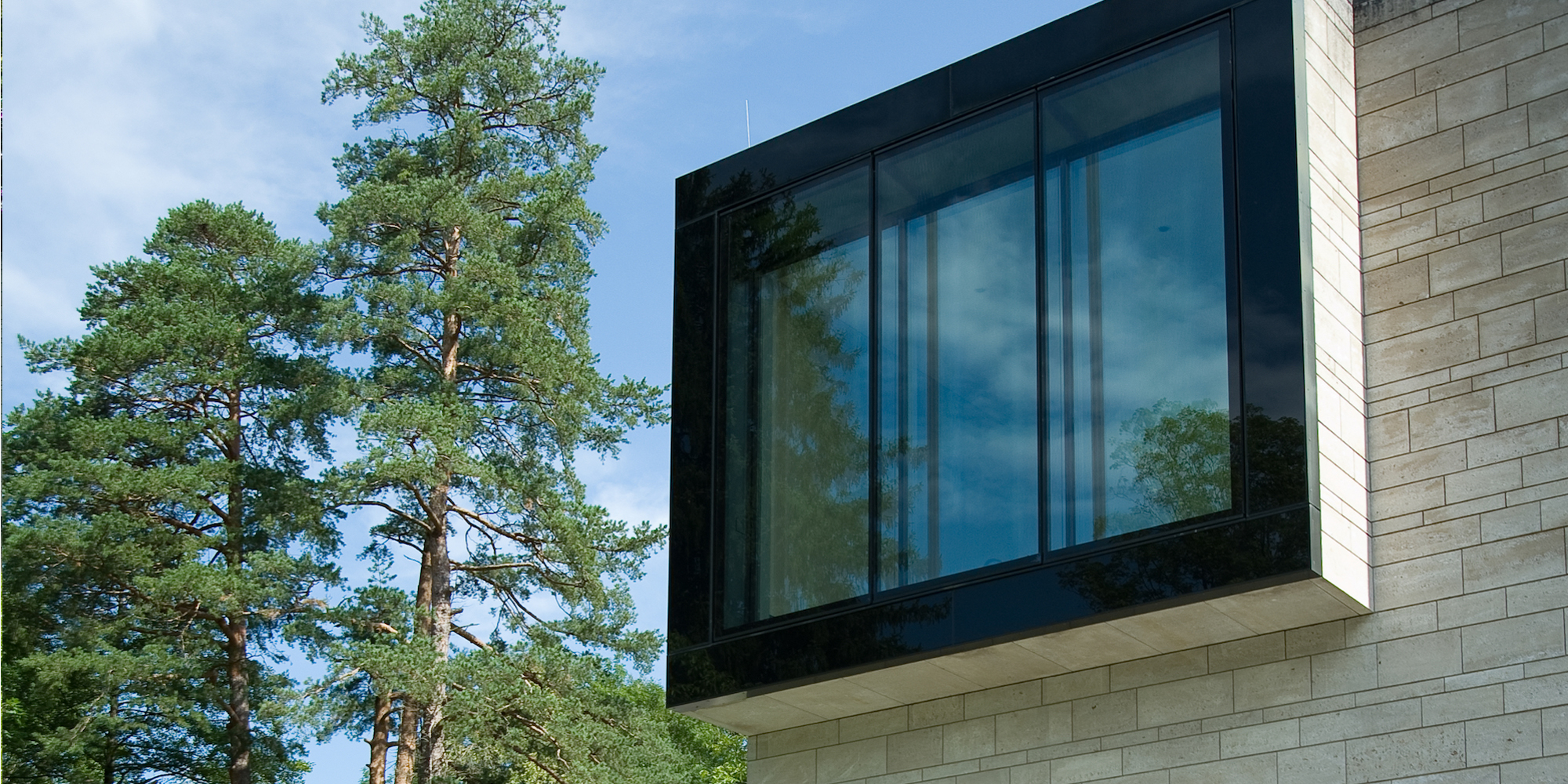 An eyrie above Lake Kochel

The Franz Marc Museum is beautifully located above Lake Kochel with a view of the impressive mountains behind. Its situation, embedded in the Alpine foothills in Upper Bavaria, influenced the museum’s architecture. Large windows in the new building open onto the surrounding countryside and place art and nature in dialogue with one another. Visitors can clearly see how the ‘Blauer Reiter’ artists, who were based and worked in the region, made a conscious decision to live and paint in the countryside and drew on it as a source of inspiration.

For this reason the architecture relates to a key subject at the museum – the interaction between art and nature. The Zurich-based architectural practice Diethelm & Spielmann, the designers of the new building of 2008, had to link the new nuseum building to a villa from the turn of the century which had been made available to the Franz Marc Museum by the local community in 1986. Approaching the museum through the park, with sculptures by Alf Lechner, Tony Cragg, Horst Antes and Per Kirkeby, one first sees the older building with the new museum, that welcomes visitors with its large panorama window, rising behind it.

This window on the second floor of the museum is like an eye, inviting visitors to take a look at the works of art. After touring the museum it offers a spectacular view of the lake and mountains – of a canvas which, like nature itself, changes daily.

The new building, linked by an open courtyard to the villa in which the restaurant and offices are situated, is formally austere while the materials are light and warm. The external walls of the building are clad with diamond-cut Crailsheim shell limestone. Its natural unevenness reflects light and connects the building to the various natural structures in its immediate surroundings.

Inside the museum, the materials – the parquet floor together with the high skirting boards and door surrounds in dark wood – also play an important intermediary role. They lend the museum rooms an intimate character, referencing the origins of the collection in the homes of private collectors and patrons of the arts. The differently proportioned rooms reflect the formats of the artworks. Small exhibition rooms are suited to the presentation of drawings and prints whereas the large rooms with square, wide open floor plans on each of the three levels provide a perfect frame for paintings and sculptures. The circular ceiling lamps radiate a uniform, soft light. The light chairs can easily be moved in front of the pictures which one wants to look at more intensively. Everything in the museum is orientated towards an undisturbed, concentrated viewing.

After a visit to the museum, the restaurant – with its large terrace – is the perfect place to soak in impressions gained in the museum over a cup of coffee or lunch with a view of the lake and the mountains.